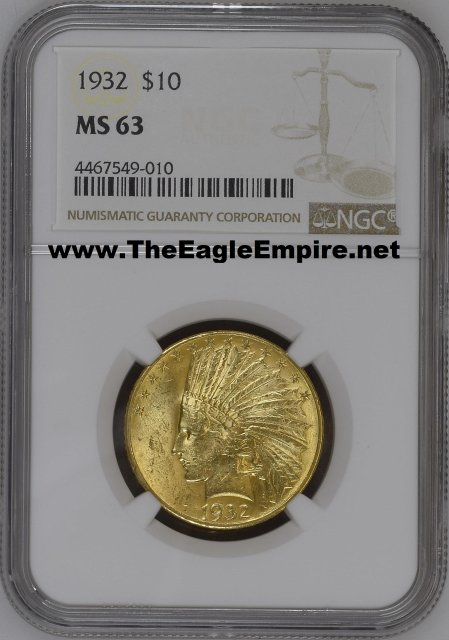 Augustus Saint Gaudens, considered by many the greatest of modern sculptors, introduced a new high standard of art in United States coins evidenced by his eagle and double eagle types of 1907. The obverse of the eagle shows the head of Liberty crowned with an Indian war bonnet while an impressively majestic eagle dominates the reverse side. A departure from older standards is found on the edge of the piece, where 46 raised stars (48 stars in 1912 and later) are arranged signifying the states of the Union, instead of there being a lettered or reeded edge. Contains .4840 oz. of pure gold. NGC not only certifies the grading of their coins, but also the authenticity. We highly recommend selecting certified Gold Indian coins from the top grading companies like NGC and PCGS.

Add to Cart
Powered by